Petite vidéo de Reo Stevens.
“The Summer months are a great time to escape the Hawaiian islands. The North swells that have made the famed coastline infamous disappear for months on end and send the surf addicted population globe trotting for their fix.

I found myself in a few different time zones these past few months, but Indonesia never seems to fail. Summer 2010 was filmed all around Bali, a few other Indonesian islands, as well a some of the last of the Hawaiian winter swell.” 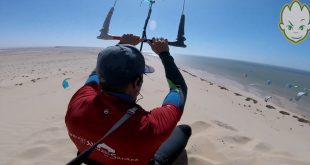 Going crazy fast on a KITEBOAT with Kevin and Evan.