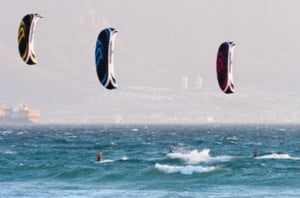 SPEED4 Unequaled performance – at your demand

Without exaggeration: The Speed4 is the best performing kite that we have ever built. Whether in low end, turningspeed, relaunch, jumping characteristics or depower… Almost everywhere we have been able to set new limits. Yet it’s performance is more accessible than ever – for every rider. It starts when you pull up the Speed4: The kite inflates incredibly fast and provides security from the first moment onwards. Whether fully powered up or fully depowered, a Speed4 stays stable in the sky. And thanks to the balanced handling not only your jumps are much easier, but also their landings.

There is so much that cannot be put into words, but instead has to be experienced. The Flysurfer Speed 4 flying feeling is one of those things. More direct and faster turning performance, a glide ratio that you only experience with Speeds, the now extremely short depower throw, the lift, the control…We needed six months just for the fine-tuning the Speed4 in order to reach this result: It just feels plain great to fly a Speed4.

Our vision is not only to improve our kites, but to further shape the sport of kiting. What has remained is a simple and effective system. Lowest possible weight, smallest pack dimensions, quickest setup and stow-away and enormous durability … The Speed4 is more effective, lighter and more compact than anything else we have ever built. We were even able to achieve a bridle that is almost one-third lighter and remove an entire bridle row. This not only makes kiting easier, but results in even better performance.

The Speed4 is a completely new development, based on a concept: A defined flex performance of the kite-profile. We achieved this with a new canopy construction and an extremely simplified bridle. Depowered, a reflexed trailing edge is formed with especially low lift and high stability. By pulling the bar down, the profiles bends and an enormous lift increase is created. This technology makes it possible to use a lighter construction with less drag, as well as creating highly effective depower and high stability while simultaneously maintaining short bar travel. The new construction is supplemented by a reinforcement of the leading edge for maximum flight stability in gusting winds and yet again-improved aerodynamics. The result is a kite that not only brings all the advantages of the Speed3 to the next level, but also steps up it’s freestyle performance.

Next to established technologies and features of the past like – Little Connection Lines, Automatic Water/Dirt Drainage System, Triple Depower, etc. – we introduce the following technical features.

Reinforcement of the front leading edge profile for increased performance and stability.

New flex-profile from extensive simulations for a shorter and more effective depower and quicker turning.

Just three main levels (A,B & Z) and new connection points have created a much simpler line system, which is lighter and has less drag.

Just one pulley per side makes for easiest trim tuning for everyone. 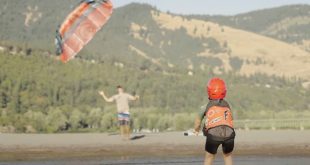 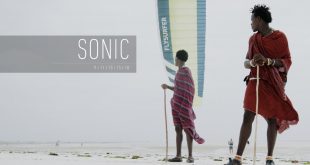 Flysurfer Sonic 3 – The new baby is out!