A massive southern hemisphere swell cut its path through the Islands of the South Pacific. On August 30th, 2011 the swell made landfall in Hawaii, marking the last day of Hawaiian Summer.

Hawaii based OXBOW Progression Team rider and SUP World Champion Kai Lenny (18 years old), tracked the swell with precision to his secret spot. He raced through the day against time and odds to be the first athlete ever to tackle 4 sports in one day (Surfing, SUP, Windsurfing and Kitesurfing), in 15-20 foot waves. This day made its mark in the history books as the largest south swell to hit the Hawaiian Islands in 15 years, and cemented Kai Lenny’s position as one of the world most versatile ocean athletes.
The OXBOW Production Crew captured Kai’s amazing day in detail. The 46 second teaser shows a glimpse of Kai’s performance with a Paparrazi style twist. In the spirit of “catch me if you can,” Kai moves with lightning speed through his day.
Being no match for the cameras, Kai’s ocean performance speaks for itself. 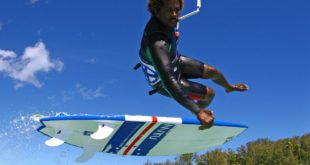 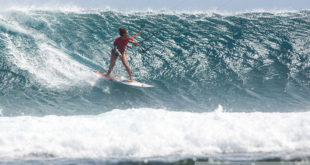 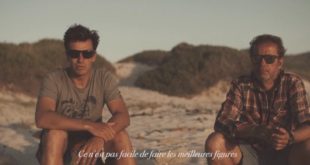