1. Florida Keys – Follow our team as they head out to a remote offshore reef in the Atlantic Ocean to conquer the large ocean swells as they break over shallow coral. Then, follow the adventure as the team explores a 30-mile section of a remote area know as the backcountry. Powered only by mother-nature what wildlife will the team run across, what equipment will break, and will fatigue cut the adventure short?

2. Hood River, Oregon- The beginning of the sport all started in the Columbia River Gorge at the small town of Hood River so it makes sense that the longest running kite boarding competition is held in this area. The competition called “Bridge Of the Gods” is not only unique in name but also unique is style. We will head out to Hood River as one of our riders enters the competition. See what happens when the weather throws the competition a curve ball and how the team adapts to the unusual conditions.

3. Windy Bay, Alaska- On the southern end of the Kenai Peninsula lies an area exposed to the raging force of the Gulf of Alaska. The only access to this remote territory is by boat or crossing the rugged mountains on foot. This area has never seen or even heard of Kiteboarding and we will use the unique geography that creates extreme wind to ride an area that most think is impossible. Join us as we head out on a 70-mile journey by boat to Windy Bay where we will camp in Bear country as we wait for the weather to cooperate and attempt to ride the Gulf Of Alaska.

4. Prince William Sound, Alaska- Alaska is a harsh an unpredictable world full of extreme conditions and breathtaking scenery. The wind generated from glaciers and ice fields is perfect for Kiteboarding but these winds can be unpredictable and extremely dangerous. See what it takes to gear up as we head out on a 60-mile adventure through glacier fjords towards the massive Columbia ice field. Join us as we run into amazing wildlife, camp on an uninhabited island surrounded by ice with the ultimate goal, riding through the floating ice pack of the Columbia Glacier.

5. Pacific Coast, Oregon- The coast of the Pacific Northwest is brutal and unforgiving yet the shear beauty masks the danger is posses. Massive swells frequently roll in off the Pacific Ocean and pound this stretch of coast. Join us as the team starts in the little town of Manzanita and dives into the heart of the Oregon Coast. Feel the tension as the team encounters a large predator that frequents these waters. Experience the thrill of tackling Oregon’s Sand dunes while trying a dangerous stunt and on a remote stretch of coast, see the insanity as the team gets blown off the water. 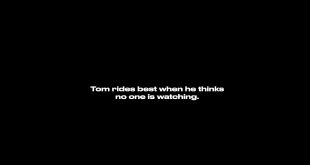 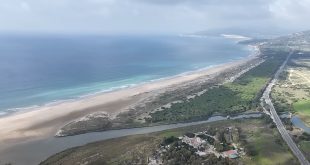 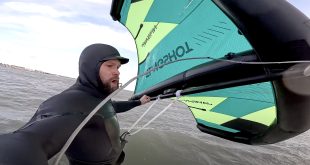 Sam Light – SO worth freezing my balls for THESE WAVES!!